The Sloane - My New Winter Friend 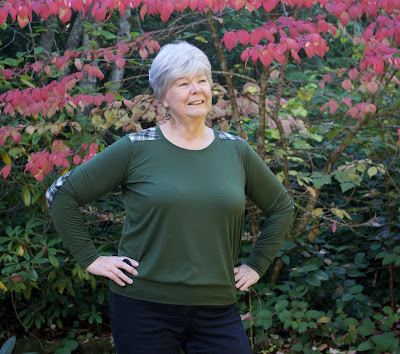 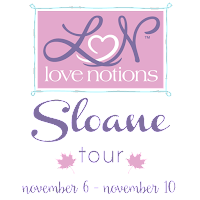 The Sloane Sweater is such a quick and easy pattern plus it's so comfortable, you want to make a bunch.  And with so many options, there's lots of scope to make sweaters that are unique.  But how about mixing things up - I mean - can you add a woven component?  I thought I'd give it a try!

I make most of my husband's shirts and for winter wear he especially loves brushed shirting so I usually have a lot of leftovers on hand.  I also had olive green rayon/spandex that was an exact match for one of the plaids which was a remnant from a shirt I'd made my son.  Perfect!  Click on any of the pictures to see them in more detail. 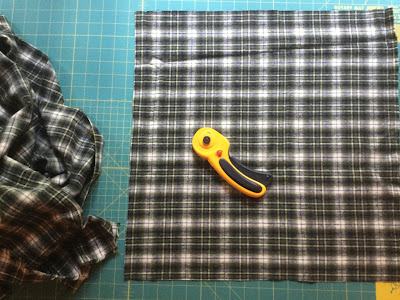 To make sure that there was "give" in the woven component, I decided to do my cuts on the bias.  First of all, I cut a square from the plaid and gave it a quick iron so it would lie as flat and square as possible.  As I was planning on adding elbow patches as well, I made the square big enough for both. 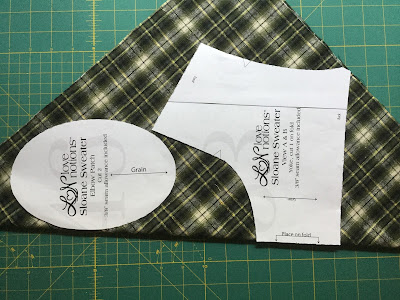 I folded the fabric diagonally, matching as best I could the stripes of the plaid, and laid out my pieces. 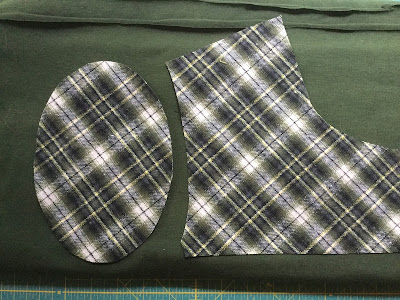 Using the rotary cutter, I had my woven component ready. Stitching in the yoke wasn't going to be a problem.  My big question was how to handle the patches.  Do I just stitch around and leave raw edges?  Do I use a straight stitch?  A zig zag?  I decided I was going to serge the edges and stitch on with a long, shallow zig zag. 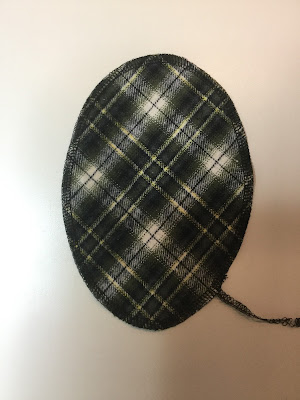 But first, I should practice! I cut a second set of elbow patches and serged around the edge of one.  I wanted the end of the serging to be as invisible as possible, so when I met up with the beginning of my serging, I lifted the presser foot and turned the patch out of the stitching line, then dropped the foot and serged off.  The resulting tail would be pressed under the patch.  Great - I liked the look! 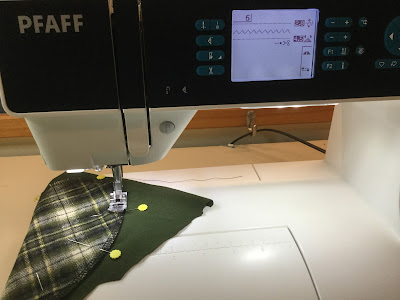 Now to practice stitching onto the rayon/spandex!  I pinned the patch to the knit fabric and chose a long, shallow zig zag on my sewing machine. 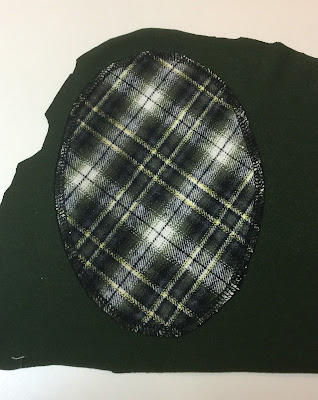 Since I had serged in black (picking up black in the plaid), I threaded my machine with black and the resulting stitching was lost in the serging line.  A quick press to take out the waviness and I was happy with the result. 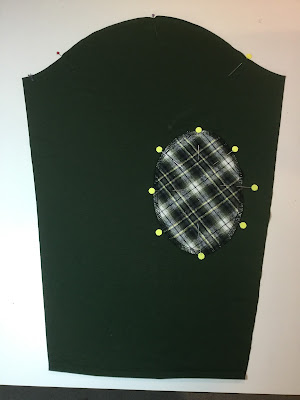 I have inherited my father's long arms so I knew the patch would be too high on my elbow.  I wound up moving the patch down 3/4" - and probably could have done with a bit more!  I used lots of pins to attach the patches to the sleeve and the resulting elbow patches have turned out perfectly! 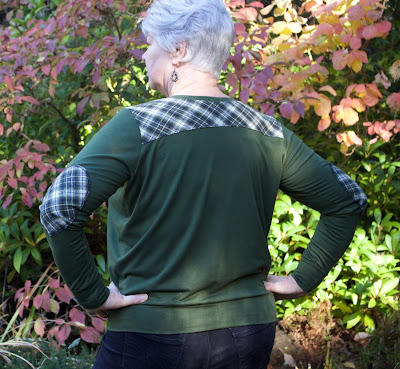 Attaching the yoke went as quickly as I'd thought it would - just one note here - you're moving from knit to woven (albeit on the bias) and back to knit again.  When serging on straight knit I had my serger's differential on 1.5.  When serging on knit and bias woven, I changed it to 1.3.  If the woven had not been on the bias I would have used N. 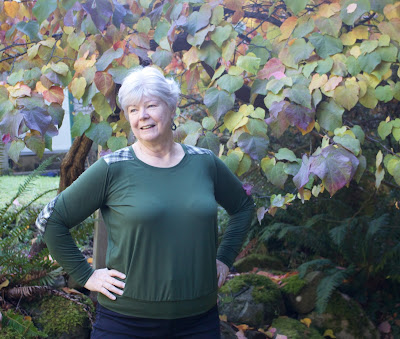 Once these two processes were out of the way, the rest of the sew was very quick.  And now I have another Sloane to add to the pack - bring on the cool weather!

If you don't already have the Sloane, you can get it through my affiliate link below.  And don't forget there's a Sloane for girls!  You just can't have too many Sloanes!


Be sure to visit all the Sloane Blog Tour bloggers for some amazing versions of this super pattern!

Email ThisBlogThis!Share to TwitterShare to FacebookShare to Pinterest
Labels: Confident Beginner, how to, knit, Sloane, woven

This blog contains affiliate links. When you purchase items through these links, I receive a small percentage of the sale. Your purchases help support my blog, which allows me to continue sharing ideas, patterns and inspiration with you. Thank you!